When I was in Brighton a few weeks ago I saw a jumper with the slogan ‘Stressed, Depressed but well dressed’ across the front. I’ve seen these shirts before and they’ve become popular, before this it was the slogan ‘more issues than Vogue’. I’ve always felt conflicted with these shirts. For me, someone who does have issues and does get severely stressed and depressed because of my illness, it can be funny to wear these shirts, it’s me laughing at myself. With that in mind though, there is a bigger issue.

There’s been a lot of talk about making mental illness fashionable and there’s definitely been a surge of people claiming they’re ‘super anxious’ or ‘feel really depressed’ or that someone is ‘so OCD’ because they like things clean. These are things I can’t stand because these illnesses are so complex and damn hard to live with. A few years back there was controversy when two t-shirt were released by Urban Outfitters. 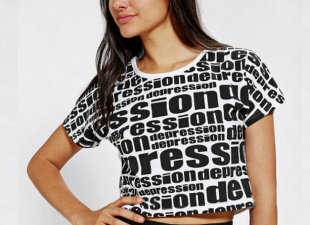 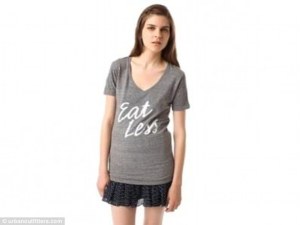 Now, I’m all for raising awareness and the ‘stressed but well dressed’ shirt isn’t outright offensive like the Urban Outfitters ones, but it is problematic. For people who have little information and are the type to throw around these words around and claim illnesses that can, if we’re being frank, kill people. People do die of these illnesses.

So do I think I’m going to buy one of these shirts? Probably not. While I can laugh at myself and say yes this is so me on some of my bad days, it’s not usually the reality. I can tell you that when you’re super stressed you don’t want to get dressed, particularly well dressed. Right now I am really sick with stress, so much so it landed me in hospital. Everything is an effort, getting out of bed, putting on clothes and as for makeup? You can forget it, unless I really have to I can’t be bothered. I think designers have to be mindful of what it’s really like for real people. You wouldn’t make a shirt about cancer because people know just how horrible it can be and how ill people get, and mental illness should be treated the same.