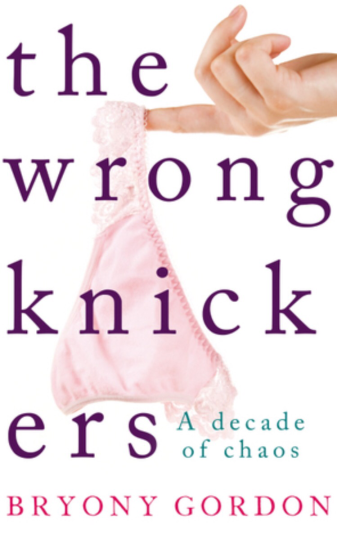 Have you ever felt like you’ve made a giant mess? That you don’t really know what you’re doing? That you might be turning into a real life Briget Jones or similar? Let me introduce you to Bryony Gordon in her twenties, the decade of chaos that started it all.

We get to see Bryony grow into the woman she is today and to see the whole transformation is a total relief! From leaving university after realising it wasn’t for her, getting a job that involved her dressing up as a Star Wars character, the dodgy flats, living in London and the boys she has dated and slept with. We’re thrown into the whirlwind that is Bryony’s life as she navigates how to grow up in the city, chasing a career and trying to work herself out.

There is a lot of self-deprecating humor in this, along with a lot of honesty. Bryony doesn’t shy away from her mistakes, nor does she act like a victim. She acknowledges, like the majority of us, that we make mistakes in our twenties, that most of us don’t know what the hell we’re doing and get in strange situations. While some have said they couldn’t understand or relate to Bryony I definitely could! While I might not live in London and party, I still understood her feelings as a twenty something!

I really enjoyed reading about all of the antics that Bryony and her friends got up to and the lessons she learned in this time. It also gave me a little bit of hope that the things I’ve been feeling are normal! That it’s ok to feel a little out of control and not feel like you’re ‘where you’re supposed to be’.

I gave The Wrong Knickers 4 stars. It made me laugh a lot, think a lot and value Bryony’s writing. It felt as if I was listening to a friend, that’s a point, I listened to the audio book of this and it made it even better, I would totally recommend audio books for Bryony’s books. I would definitely recommend this memoir! It was a good quick read with a lot of laughs.

One thought on “Book Review: The Wrong Knickers – Bryony Gordon”

Happy Birthday to my neighbour and bestie @tanya_oconnor74.
Everyone, meet the newest Miller.
Off on an adventure 💙
Currently reading (and loving) 🐝