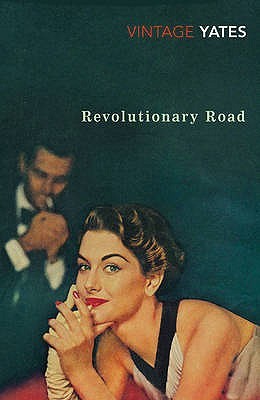 Declared a classic I read Revolutionary Road in my second year of university, expecting great things. I didn’t find them. Over a week later I was still struggling through the lives of Frank and April Wheeler, after an opening where Frank in described as ‘the most interesting man she had ever met’ I was expecting him to be, well, interesting. I was disappointed.

Although this novel was not my personal choice to begin with, I wouldn’t especially recommend this book. The novel is not badly written but lacks intrigue within the plot and presents two extremely dull characters. It’s strange but I’ve never hated a protagonist so much while I read. I loathed Frank Wheeler after a while and found April to be pathetic and the image of a hysterical and dependent woman. The novel for me is a classic story of a couple who married too young and still wanted to play games with each other, even in adulthood. Although the period in which this is set needs to be considered, I found the couple to be irritating, meaning the novel was harder to read.

That said I enjoyed the concept of the novel, challenging what society believes to be what a man and woman should do and slipping into the suburban lifestyle. I just found that Frank and April were terrible characters to portray this. I found Revolutionary Road to be quite a drag, there was so much more Yates could have achieved rebelling against ‘the American Dream’ but instead we are faced with characters we cannot connect with, therefore breaking any connection that we can have with the novel itself.

It’s one of the rare occasions that I found the film better than the novel, because it’s a format in which this plot works. Reading about April’s tedious day to day life and Frank’s outlook on life was enough to make anyone lose interest. There is some merit in this novel and it’s clear that Yates can write fiction, but the lack of character development is what really killed it for me.

I want to give the novel two stars **. I thought Revolutionary Road was something that would make me think, instead I found 300 odd pages of frustration and loathing towards both of the main characters. Yes the ending (no spoilers) varies this but it wasn’t enough to change my opinion on the novel as a whole.