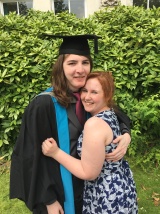 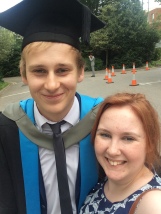 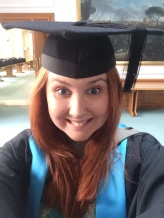 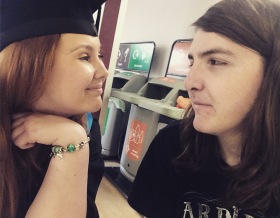 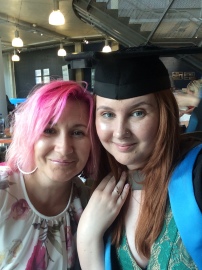 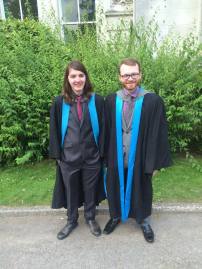 On Thursday 21st of July my journey as a student came to an end. Yes after 3 long years I am now officially a graduate of Kingston University, Chloe Metzger BA Hons. I’m going to try and keep this blog short, because I feel like I could write a book on this chapter of my life alone. I went from a girl who was terrified of leaving home, to a young independent woman. I’ve gone through more than I thought I could enjoy and have had experiences that I never thought I would but I’m so pleased I went to university, I found out who I was.

The past 3 years have been overwhelming such amazing highs and very tough lows. I’m nothing like the girl who started, who was so anxious the thought of getting on a bus nearly sent her into a panic attack, now I’ll travel around London for work. I’ve met the Chancellor and had a good few chats with her. I started this blog, interviewed by various people, made friends, started a band, played all over London and the South East and released 4 singles. I’ve watched countless bands and artists and met some of my absolute heroes. I’ve also met authors, celebrities and inspiring people. I’ve won awards, became a society president, got firsts and two ones, become a Student Ambassador and in charge of social media. I’ve given talks on mental health and found my voice as well as a way to use my past to create a better future.

Of course there were tough times too the homesickness, the really tough times with my depression when I wouldn’t leave my flat or be around people for days on end, friendship breakdowns, breaking my spine and not getting some of the grades I wanted. Originally I didn’t post that I got a 2:1 for my degree because I wasn embarrassed. My goal from the first year was to get a first class degree and I missed it by 3.5%. I cried, a lot, I was full of self loathing, how could I not get that extra 3.5%? Then I spoke to a friend, someone who chose to love me rather than being Ali or my family who were proud whatever, who told me not many people can recover from a broken spine and be in hospital for IBS and still come out so close to a first. It made me feel a lot better. I put this pressure on myself and it’s one of my flaws. I wanted to tell you all that because university comes with the good and the bad.

My future has completely changed from that I thought it would be before I went to uni, hell it’s different from what I thought it would be a year ago, but I’m happy. I’m happier sitting writing this than I have been in months, because third year was hard. It wasn’t just the workload, but my personal life. If I’m honest I’m surprised I made it through. I don’t want to sound like I’m boasting but I want  to be truthful to let others know that even when life gets so tough that you don’t know how you’re going to keep going, you can.  I haven’t you the space to write everything I loved about studying at university, but I did. I’ve got some incredible friends and memories from my time at KU and it’s honestly one of the best decisions I ever made.

So thank’s Kingston, you were great!

One thought on “Looking back at University -I’m a Graduate!”