It’s that time again! Yes, yesterday my Marvel Collector Corps box landed yesterday and knowing that Spider Gwen was on the front of the box got me SUPER excited when it was announced so I couldn’t wait to get my hands on the box and see what’s inside. So for my full unboxing and review keep scrolling, if you DON’T want any spoilers then pop back later. 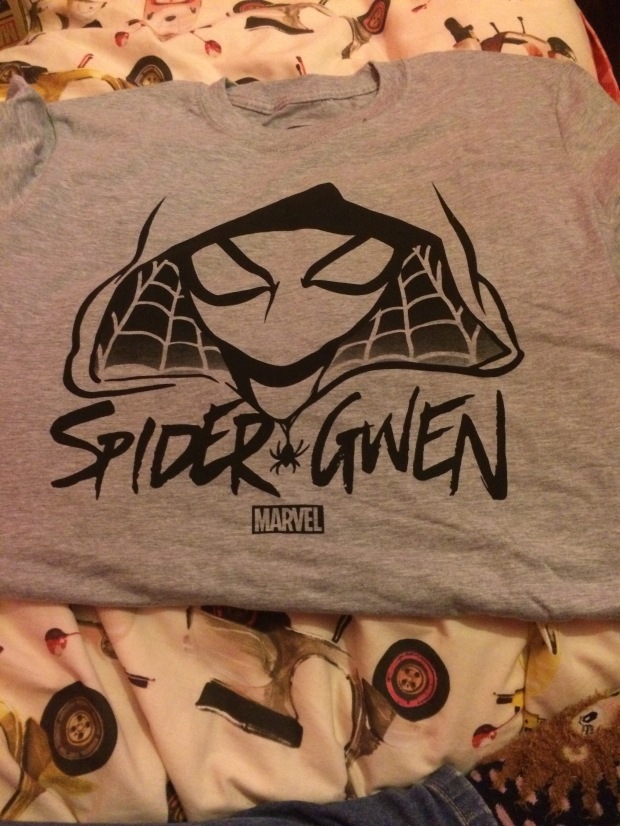 This is my favourite part of the box this month. Spider Gwen was the first comic book that I properly got into, Spider man the first super-hero. Although I’m not keen on it being grey (it’s summer, everyone’s all sweaty and gross) but I do love the design. 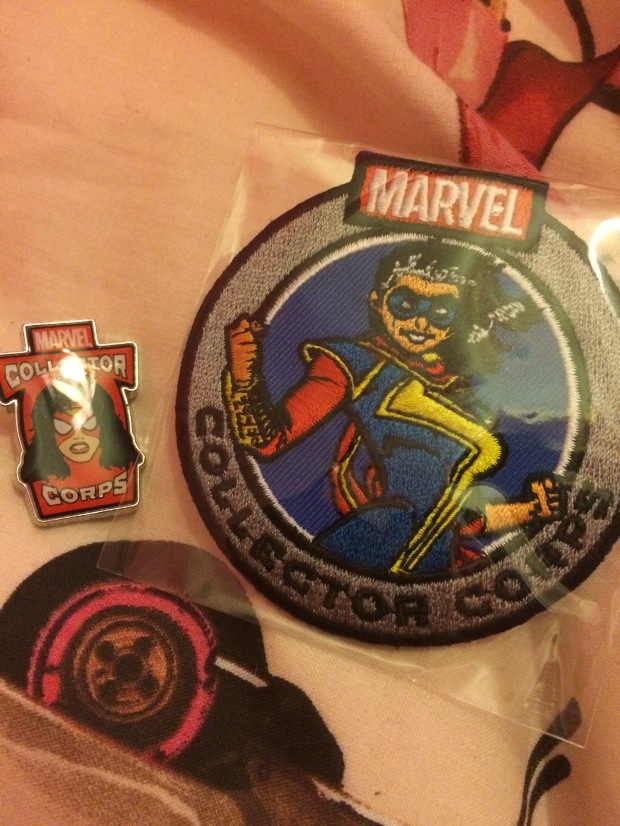 As usual there are the badge and pin that come with every set. I’m not that keen on the design and feel like there could have been better women to put on, just my opinion. 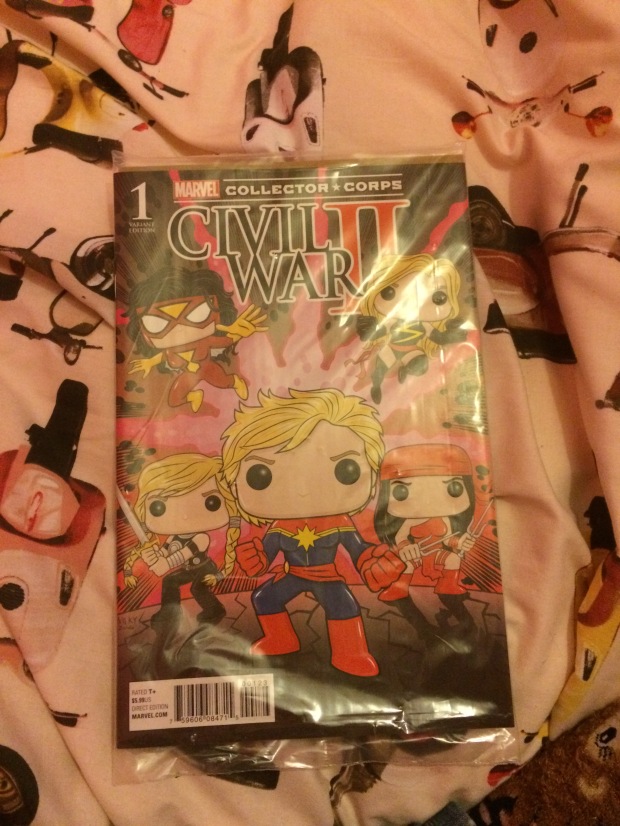 I’ve been waiting to pick this up for a while and I’m super happy it was included. Obviously Captain Marvel is key in this series and it’ll be interesting to have a flick through and see how it holds up to the original Civil War. Also I absolutely love the cover, as I do with all the variants I’ve received so far.

I kind of didn’t get the point of these. The whole point of mystery mini’s is the excitement of not knowing what’s in the box and seeing who you get. Giving us these with the characters on the front was kind of disappointing and took away from the point of them.

Now I’ll admit, I didn’t know Squirrel girl was a thing, I’ve never seen her, read a comic book and of that. I was quite disappointed with her and I won’t be keeping the pop.

Overall this is the box that I’ve liked least since I started collecting. While I can appreciate that for some it was a good box I was very underwhelmed. I’m holding out a lot more hope for the next MCM box which is Spider Man, but unfortunately this one wasn’t for me.

Back to a happy place 💙
My latest read took me to Victorian London, poisons, revenge and more and I loved it.
My little loves.
She’s getting so big 💙