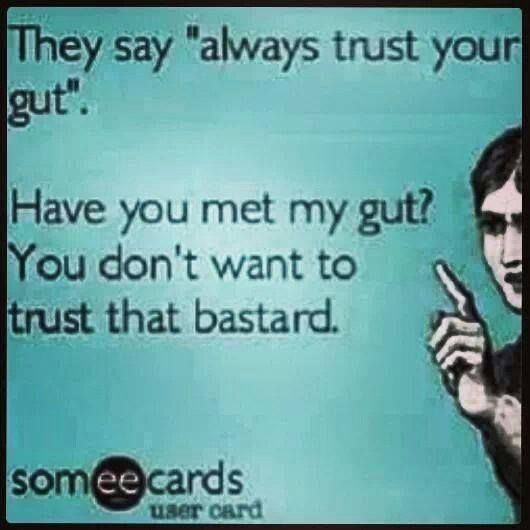 As most of you know, since December I’ve had some problems with my health that have kept coming back, it’s not the best time for it to happen especially as it kicked off just before the first lot of my assignments were due. For the past 4 months I’ve continued to have problems and so a load of tests, one IV drip and a lot of medication later, I finally have a diagnosis, IBS, which means irritable bowel syndrome. Basically your insides aren’t very happy and take it out on the way you go to the toilet, which can be incredibly painful and there isn’t really a cure.

So, you might be wondering why I’m sharing my toilet habits with the world, because we shouldn’t be embarrassed. I get it, talking about your bodily functions isn’t always pleasant, especially when it means not being able to leave the toilet for a few day, but it’s actually quite a common problem. I’ve always had these issues, I have been this sick with it since I was at school and there’s a common factor that makes me so poorly, stress. Being in my third year at university has meant I’ve been on high levels of stress since October last year, that much exposure to stress, and some problems in my personal life have made me sick. That  said, now I know what’s going on and I have the right medication to help with my symptoms I should be able to live a relatively active and normal life, as well as knowing when to look after myself.

Like the mental health, IBS is an invisible illness that is very real for the sufferer. So, I’m being honest about it, just because you can’t see something doesn’t mean it can’t be crippling. It doesn’t mean that I can’t have a full life, I’ve proven that I already can and now that I have the diagnoses, some medication and the right guidance on how to manage it, I think I’m going to do just fine.

Bus top tour! 🚌
The sign does say Belfast it’s just a tad overgrown…
Belfast so far…
The best droids in the Galaxy.