I’ve spent most of the past week in Basingstoke, meaning I’ve been very snap happy this week, so for a little something different I wanted to share my top seven snaps of this week.

Ed doesn’t like me shutting the door whenever I’m at home, he wants all the attention, no matter what time it is. I snapped this little pic while I wanted to sleep and Ed wanted to play.

This week my little cousin and Godson turned 13. 13! Harvey and I are really close, he’s my little dude and I can’t believe he’s gone from this chubby cheeked baby to a really awesome little man. Also, check out the cake that my super awesome sister made!

It was doughnut day this week so I popped to the shop and picked up these beautiful, scrummy pink ones. They tasted good, so good.

I was finally able to pick up my Illumicrate from my parents! I was not only surprised but loved every item in the box and can’t wait for my next one. If you missed my post, find it here.

Lottie is my shadow whenever I come home. This didn’t change this week, if you couldn’t find her you could guarantee she was on my bed fast asleep…even if it’s a choice between my Mum’s double bed or my single, she still chooses my bed.

This is Betsy, my aunts puppy, she’s also known as Chewbacca by my cousins. I swear she’s like a little walking rug apart from she jumps up and wants cuddles and has a fondness for cake. Don’t you love this little smile too?!

Another one of my little mischief maker in the evening.

If you want to keep up with more of my snaps, make sure to follow me on Instagram @chloemetz_!

Exhaustion has set in for all five band members and Sophie. Today’s absolutely beautiful weather was spent in the Kingston Hill Lodge studio again, although we did manage to sneak out to catch some sun light, even if it was only a little bit. We had to meet again at 9 and be in the studio setting up by 9.30 although time passed a lot quicker this morning (it slowed down a lot this afternoon though). Today was for Guitars and Bass! Woo! which ended up taking a lot longer than we thought, as I write at 6pm the boys are still there and will be until 10 tonight just as they have been since Friday. 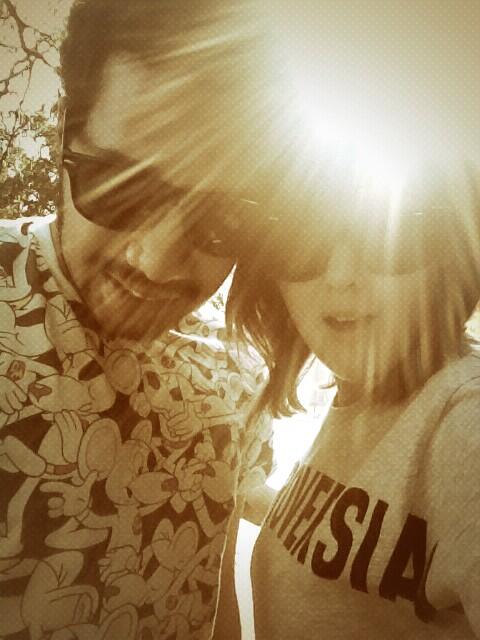 Rhys and I early this morning in the sunshiiiiiine

It hasn’t been easy, spending 3 days in a small studio with the same people is hard work. We’ve been tired, happy, laughing and half delirious from a lack of sleep but I think we’re doing ok…even if we shut ourselves away for a little while and don’t see each other haha!! No on a serious note as much as we may want to kill each other now I’m proud of all the boys they’ve done really well over the last few days and for Rhys to keep drumming again and again and again for about 12 hours yesterday was amazing to watch even if I thought he may pass out (he didn’t it’s ok!). 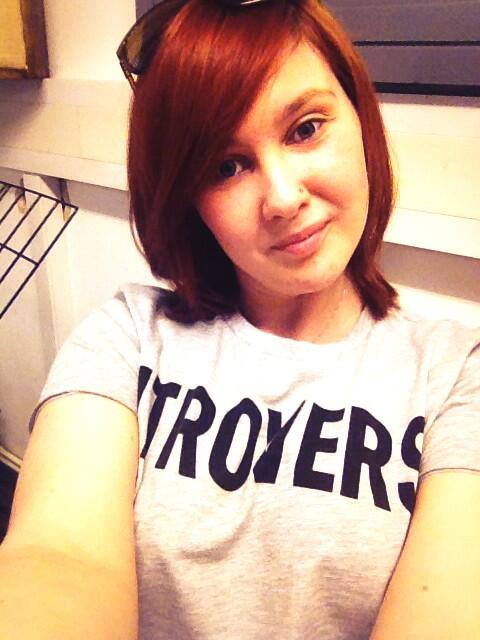 This EP is going to be something special once its finally finished and something amazing happened today…Sophie managed to get real pictures of us that we can use for things, REAL PICTURES!!! She even managed to get a smile from Ali on camera, something which is almost a myth around here. It was a great thing to do just before the sun went down. People have said that to me today, don’t you wish you were in the sun? No, not really. When I look back on this weekend it wont just be another sunny weekend, we worked our butts off and spent our breaks running around like children and cilmbing trees, yeah that actually happened.

A shot Sophie took on my camera…her pictures are the proper ones though!!

Another thing today it is my baby cousins birthday’s!!! Lola and Ralphie turned 7 today, something which Ali didn’t quite believe. It’s been hard not being at home to see them but after speaking to them on the phone I know they’ve had a great day on their new bikes and being spoilt rotten as they should be! You’re only 7 once!

So now I’m back at the flat, tired although not as much as the others are I don’t think and I have a really busy week ahead of me…and no lie ins at all! All in all it’s been a really great weekend, it was hard no question, being constantly around people is something I’m not used to but I wouldn’t chose to spend it with anyone else. Here’s to a great week after a fab weekend!!