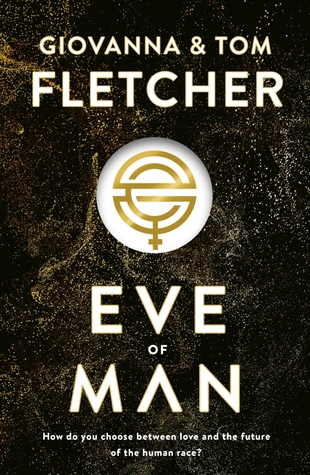 ‘AGAINST ALL ODDS, SHE SURVIVED.
THE FIRST GIRL BORN IN FIFTY YEARS.
THEY CALLED HER EVE . . .’

A lot of pressure rests on Eve’s shoulders. Only she can save the human race and now she’s 16 all eyes are on her to kick start the human race and give birth to healthy girls with an appropriate man. She’s ready to accept her destiny until she meets Bram. Is everything out of touch? Can Eve be free? And will she choose love or the human race?

I read this book within a matter of hours, I got up early on a Saturday to finish it, I ended up having dreams about it once I finished. The novel was that good. That’s a pretty strong start to a review, so let me continue. I was really intrigued by the premise of this book but didn’t know what to expect. I haven’t read any of Gi or Tom’s fiction, only Gi’s Non-Fiction (you can read the review here), but I am a big fan of their Youtube Channels.

The pace of this novel was fantastic. The whole idea has been incredibly well thought out, while early in the novel I was a little confused, things fall into place within the first few chapters. I loved the Eve and her voice. She was strong, determined and smart. I was a little sceptical of the romance element before reading but it is so well done and I think, in part, that’s due to the strength of Eve.

I also have to mention that I couldn’t tell that this was written by two authors. I’m not sure how they divided the writing process but even though the novel is told through both Eve and Bram’s perspective, it seamlessly melts together. I didn’t feel that pushing the novel onwards was left to either character, it was a pretty equal split.

This is the type of novel where I could write multiple posts about how much I loved it. The world creation, the set up for the rest of the trilogy, the nature vs science debate. If you would like me to write a more in-depth post about elements of it then let me know in the comments below!

If you hadn’t guessed already, I gave this novel 5 stars. It’s been a long time since I’ve read a novel which I couldn’t put down. This is a stunning start to a trilogy and I’m already eagerly anticipating the next in the series. I would 100% recommend this with the warning that you’re going to want more, much, much more.

Happy #bisexualdayofvisability to all my fellow babes repping the pink, purple and blue.
Rupi Kaur with @frankiewildish 🥰
Happy 7th birthday to this beautiful fluff ball, I love you with all my heart Ed. 💙
Autumn mornings 🍁