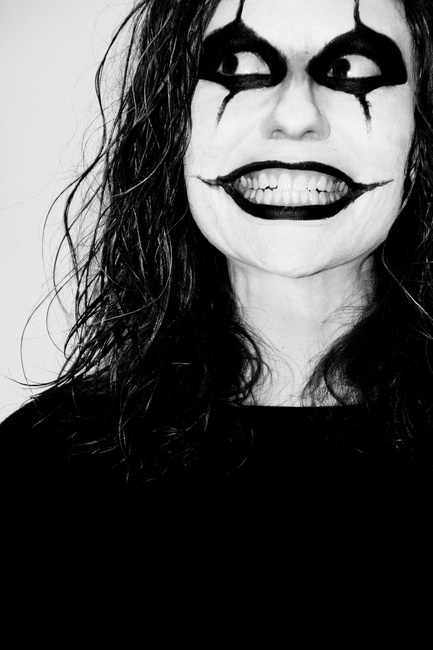 It’s the beginning of Halloween weekend, which means the delights of sweets, parties for some and London Comic Con for me. For the last few years, I’ve been to some kind of Halloween party, I’ve always dressed up. That said, but the older I’ve gotten the more uncomfortable I’ve felt about the costumes available to me. Every costume I looked at in the shops this year and last year and the year before that had the smallest amount of fabric possible. A man could be a surgeon, nurse, wizard or characters from TV and film, while pre-bought costumes for women are all about being ‘sexy’. Hell, you can get a costume to be a sexy bumblebee and prior to the release of the new Ghostbusters movie that women’s version of the costume was a tight fitted, bum skimming dress. I don’t know about you, but I think it would be hard to catch ghosts in something that barely covers your bum.

I know that people think I’m overreacting when I call out this sexist BS, but how can I not? Why are women expected to wear costumes that are designed for men. Let’s be honest, they’re not designed for women because wearing hardly any clothes in October not comfortable. Now I understand wanting to wear something a little flirty or fun, but the industry has gotten ridiculous a Finding Nemo costume for men is Nemo, a costume for women is a skimpy dress in Nemo colours. What?

This might seem silly, it might seem like something that’s not worth shouting about, but it is. Why should I have to wear a costume that doesn’t fit because the one made for women isn’t for me to enjoy myself it’s for the viewing pleasure of others. This is what it means to be objectified by industry. I refuse to buy these stupid and sexist costumes. If that means I have to make my own I will. Halloween is supposed to be a little scary and fun, not a boob fest! Don’t feel pressured to buy or wear these costumes, you’re worth more than a cheap revealing costume. Screw being sexy, be whoever you damn want and for me, that’s the Scarlet Witch for Comic Con, an awesome, smart and badass female, not a ‘sexy cat’.