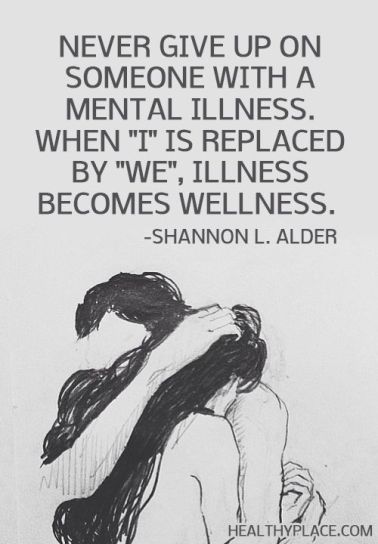 The most important part of my support system was knowing that people were there for me. It didn’t matter if I spoke to them or not, knowing I could pick up the phone and just have someone be there meant the world.

Ask what would help them

A lot of people say to me that they don’t know how to help someone who has a mental illness. The easiest way to help someone it ask them what they need, sometimes they might just need someone around or a quiet evening to the cinema or something. If you don’t ask, you’ll never know.

Understand that sometimes people just need to be alone

On the other hand, sometimes a part of the illness means that you just want to be alone. When I was really struggling I locked myself away from friends because I didn’t want them to see me and I just felt exhausted all the times. It isn’t you, it’s just a part of the illness.

Stand up against stigma

There’s nothing worse than being treated differently once you tell people you have an illness. We’re still the same people we were before we told you, you don’t need to tiptoe around us or change our relationship because of it.

Keeping inviting them to things!

This is my pet hate, even if I’ve been on a low or I’ve not accepted the invite before, you never know when will be the day I feel well enough to say yes! There are tough days, but that’s not every day, this kind of goes with the above.

Remember that no matter what, they’re still them inside.

Don’t forget that, if nothing else.