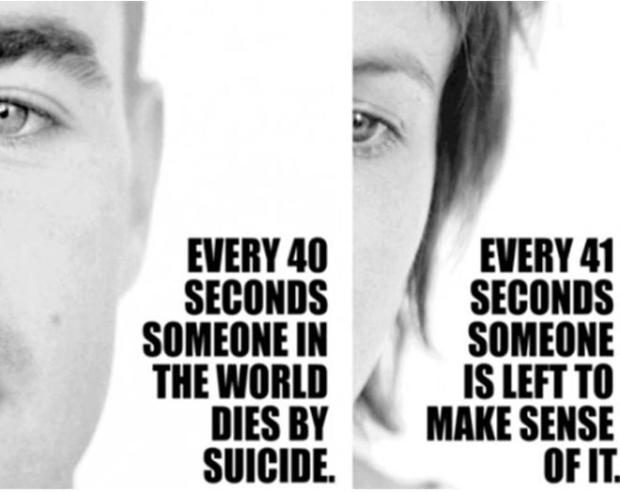 It’s no secret that I’m passionate about mental health, nor is it a secret that through my life I have had to deal with bad lows. I’ve watched friends as they hit self destruct and have people close to me who came through after a suicide attempt (and I am thankful for every day I spend with them…you know who you are).

I’m using today’s blog to raise awareness and I know lately my blog has been full of mental health but I want to make a difference. Today has been the first day this week that I’ve felt 100% again after meeting with mentors, going over my plan and carrying on.

Suicidal feelings are not as uncommon as we’d like to think, it’s different from thinking about death. It’s a terrible sense of hopelessness and feelings of everything just being too damn much. It can take a little or a lot to shift a person out of this, for some it’s an attempt that didn’t work, for others it someone to help them or a change in their life. It’s not a set formulae, there’s no magic cure, each case is different because we, as people are different.

There is something we can all do, it’s simple but it could save someone’s life. We need to talk and be open. If any thing losing the great Robin Williams last month has shown that even the brightest people can be hiding the pain they really feel. A person doesn’t suddenly wake up and think ‘I’m going to kill myself today’ listen to the people around you, recognise anything you think unusual and talk to them. You have no idea how much someone just saying ‘how are you really doing today?’ can change someone’s life.

Some people believe that suicide is a selfish thing. ‘How can they do that to the people who love them!’ people often exclaim. Think about it. Really think about it. These people mostly believe there is nothing they have left to offer the world, they see themselves as worthless and their loved ones would be better without them and their burden. They’re not selfish, they are ill. It is an ILLNESS and I’ll scream that at the top of my lungs if I have to. Some of the most famous suicide notes ever written talk of the love for family, children in particular and feelings that they would be better off without them. This is not selfish behaviour.

All I ask is that maybe today you call someone who’s been feeling down or let someone going through a rough time know that you are there for them, you have no idea the good it could do. I’m not saying everyone is suicidal but as someone with depression a little light can make a world of difference. Just talk.

Rest in Peace to all of those who cannot be with us today.

Thank you for reading,