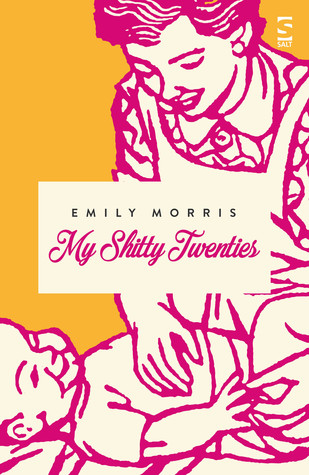 Emily Morris was just an average 22 year old, she loved travelling, her degree and was balancing that with a part time job. That was until she took a pregnancy test and it was positive. After the father telling her to ‘enjoy her shitty twenties,’ she knew she was going it alone.

I came across this marvel of a memoir because of a recommendation in a magazine, there was something about the title that grabbed me as well as the brilliant cover design. I’m the same age that Emily was when she found out she was pregnant so it felt very real to me.

I feel like I need to point out this book could have gone a very different direction. This is not a whiny, my life is so hard and it’s not my fault type book, not at all. This is a very different type of coming of age story. It’s Emily having to grow up and completely change the course of her life, with her son.

While reading, I honestly felt for Emily. There was no support from the father and a sense of losing her independence after she needed to leave her student accommodation to live with her Mum, away from the city she loved to care for her newborn son. I can say, hand on heart, that she is a fantastic Mum.

This book breaks down terrible stereotypes about young mothers. I think I loved it so much because she has the same spirit and determination that my Mum had when she had me at 21. That said, she shares the hard times as well, the fact that she struggled with postnatal depression and the struggles of being judged as a young mum trying to do her best.

I honestly think that this is an incredible memoir. It’s thought provoking and shows the best of a change in your life. I’ve given this book 4 stars I absolutely loved it and can’t wait to see what Emily does next. 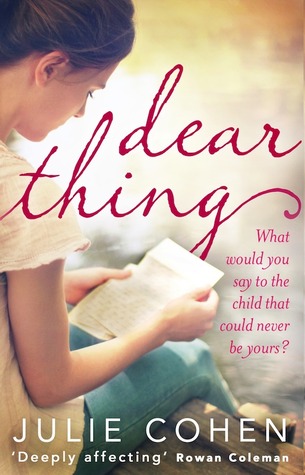 How could one selfless act make you feel like a monster?

It’s not every day that your best friend offers to carry a child for you, a dream that looked like it would never come true. This is the case for Ben and Romily, friends since university and inseparable. In the midst of another miscarriage for Ben’s wife Claire, Romily offers to carry a baby for them and to donate her eggs. While at first all goes to plan and runs smoothly it isn’t long until Romily’s feelings develop into something more. While carrying the child of the man she has loved for years she starts to dream of the impossible…keeping a baby that she knows isn’t hers to keep.

I loved the fact that this novel is bold in the face of a tricky subject as well as being believable. A lot of the time novels about surrogacy are quite fluffy and don’t have the complications that Dear Thing has. The relationships are real to us because frankly it could happen to anyone, Romily is sure that the reason she is doing this is because she wants to help her friend after everything he’s done for her. We know she’s battling with her feelings and so does she but I find the character to have remarkable strength and she becomes so real to us because she’s honest. Cohen has done an incredible job of breaking taboos, breaking this image of a ‘natural mother’. Romily does a great job in her own non-conventional way but so does Claire, Cohen highlights a mothers struggles, triumphs and the thoughts most won’t speak out loud.

I’ll admit the character of Jarvis threw me a little and to some seems like a plot device but I liked him. I feel like without a new character and relationship dynamic the novel could have quickly got boring and left the characters weak. On that subject I have to say that Posie is my absolute favourite character because there is nothing like the honesty of a child that always listens. What Cohen has done so well with these relationships the way the characters relate to each other, this isn’t a novel full of happy endings and rainbows, there are times when you feel deep sadness for them or even happiness.

This novel is one that makes you think, not judge, a rare thing in these types of literature. You know what makes sense but reading through you begin to question and in a sense live through the situation and it’s not all black and white, there are a million shades of grey and just as many ways the novel could end…you’ll have to pick up a copy to find out though!

I’m giving this novel 5 stars *****! I absolutely loved it. While it’s thought provoking it’s not too intense on the ready the pace is gentle and fairly steady meaning that if you have a tonne to do (which I did when I was reading it) there are places you can stop, although I warn you, you won’t want to! This is an incredibly well-crafted novel, thoughtful, realistic and bold, go grab a copy now before her next novel, Falling, is released next month. 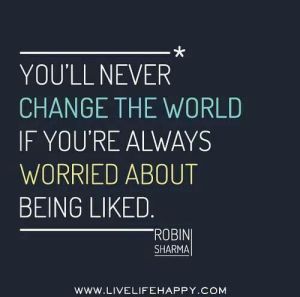 Sometimes I open my mouth and people don’t agree with what comes out. This morning that happened in my Writing Women class and to be fair I’m surprised it took this long to get a few stony glances by way during a class. I knew there would be some contrasting opinions today we were talking about a few texts that I really didn’t agree with.

We started with some literary theory, this was safe I love theory and agreed with most of the ideas that were put forward as well as having an idea of what to do for my final essay (thank god). Then we got onto a few of the set texts and videos this week, one being Rachel Cusk’s Aftermath and the other being the film of Lionel Shriver’s We Need to Talk About Kevin. Now, personal feelings aside I don’t like Rachel Cusk’s work from a literary perspective it seems incredibly over dramatised as well as, at points, simply odd in my opinion. As for We Need to Talk About Kevin we discussed the ideas of mothers and I felt like everyone was worshipping these portrays so I had to say something, I felt like they were fearmongering and took the absolute worst.

I talked about the mothers that surround me, about the fact that my best friend had a beautiful baby girl and I’d be horrified for her to read these as a new Mum. The clear resentment and disregard for others in the works, if you’re struggling is not something positive and as I said before I felt was incredibly over dramatised. Most of the others disagreed and felt that these kinds of literature were truthful and that we were getting somewhere by banishing this idea of the perfect mother. That said I was arguing that we rarely know about the normal day to day mother experience either and the ways children enrich their lives not make them hate it. Or hell how about writing about why some women don’t want children at all and the way they feel. 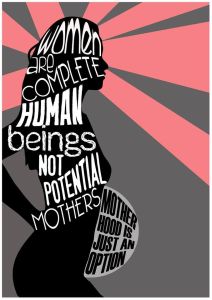 There was also the option of talking about feminism in general in relation to our critical reading. I put forward that, after discussing how women are marketed, that we cannot forget that we are getting places, after all Playboy are now stopping the naked centrefold, we have to take that as something to be happy about. We’re denormalizing it, right? I pointed out that we can’t make these women feel bad though, the women who want to model and I said that when I was younger if I was taller I would have looked into underwear and topless modelling, which shocked a lot of people. I’m not going to hide it and I feel differently now but I don’t know if that’s because of my own body image or if it’s how other people make me feel about it.

It wasn’t all bad news, I felt pretty crappy after the class because people seemed to be opposed to it. After I got out I got quite a few people come up to me and say, ‘You said what you needed to say, good on you!’ or ‘I think it was really brave of you to say what you said because no one else was going to do it, carry on doing it!’. This positivity kind of relit this spark in me, you know I am allowed to have an opinion, I’m allowed to have my own kind of feminism and my feelings are if someone wants to present their body and they are not being pressured or forced to do so then so they should.

So it might be hard and it might not always make me popular but I’m going to keep going.