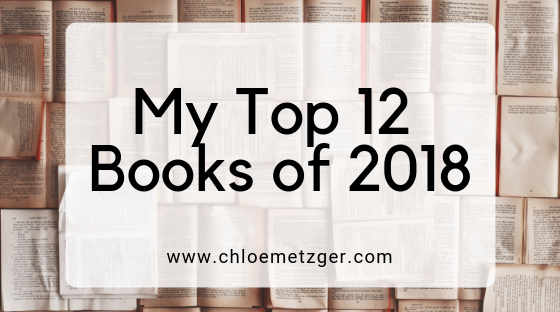 I have been dithering over this post for SO long. I head over 100 books this year and trying to decide which ones came out on top was really hard.

It is because of that there have been many drafts of this post, at one point it had over 30 books in it…yep. I’ve managed to whittle it down to 12, I mean there are 12 months in the year…

A Court of Thorns and Roses series by Sarah J. Maas

In 2018 I found one of my favourite new series’s. I’d heard all about this online and I fell in love and devoured the series as well as getting 2 of my closest friends hooked.

This was initially a Beauty and the Beat retelling but becomes so much more. I couldn’t put these down and I can’t wait for the next in the series. My review for the first book is here.

The Exact Opposite Of Okay – Laura Steven

Laura Steven’s debut was incredible. The protagonist, Izzy, is an aspiring comic and screenwriter whose life is turned upside down after a picture of her with a politicians son goes viral.

This was not only a really funny read, but it also had a heart to it. What was unique to this novel is that the protagonist takes hold of what those are saying about her and keeps herself going with a ‘screw you’ attitude – without being robotic. Oh, and it has a kick-ass Feminist vibe. I wrote all about my love for this book here.

I made it my mission to a get copy of this at YALC this year. A dystopian future America where women are limited to 100 words a day and confined to their homes. Until one of them is needed.

This was pretty dark and incredibly relevant to what’s happening to women’s voices and something we cannot ignore. I wrote a review after I stayed up way too late finishing it.

This Is Going To Hurt – Adam Kay

A non-fiction book I think that everyone should read, in particular those making decisions about the NHS. Adam Kay was a Doctor in Gynaecology, taking us through the highs and the many lows this was a huge eye opener.

I laughed while reading this, but I was also in tears at other moments. All I wanted to do when I finished was thank each and every one of my doctors. An incredible book that deserves all the praise it is getting. Review here.

When I bought this at YALC I had no idea I would be so emotionally invested in the story. A family take in a teenager who has been in a juvenile facility and is a teenage father, told through the perspective of a young boy who becomes his foster brother.

The ending truly shocked me and it was incredibly well written as well as being quite short. You’ll love it, I want to read it again but I don’t think I’m ready for the emotions. Here’s my review.

Matt Haig’s first book was brilliant, and then he released the follow-up. Matt has a way of speaking to you through whatever is going on in your life.

Feeling anxious? Ill at ease with the state of the world or what’s going on around you? This is the book for you. More info here.

That’s all you need to know to fall in love with this collection. I laughed so hard but also felt really empowered after reading – all my thoughts are here.

This is an amazing collection from women across all backgrounds about not just Feminism, but also what it means to be a woman.

Not only was this a joy, it was also easy to read and I wouldn’t hesitate to recommend it to anyone. You can read my review over here.

Something within this book spoke to my heart. Following the unimaginable pain of being caught between a best friend and brother – she has accused him of rape. She wouldn’t lie, but how could he do that?

It took a true talent to write this book. Also, plus points for a bisexual protagonist where their sexuality isn’t the plot. My full review is here.

I could not stop thinking about this novel after I read it. Set during and after a school shooting we see the world through the eyes of six-year-old Zach after he survives, but his older brother doesn’t.

This will break your heart but it’s such an important read. I couldn’t believe this was a debut novel it is so well written and I think Rhiannon Navin is one to watch. I was also part of the book tour.

The first book I finished in 2018 made it to my top 12. This was an incredible debut that spoke out in defiance of hate and Islamophobia.

I also fell in love with the protagonist Maya and her coming to terms with her own identity. This is also an own voices novel. I wrote a review about why I love it so much here.

Well, did this break my heart? Yes it did. I’d read one of Sarah Crossan’s novels before and couldn’t get on with it but the premise of this was too incredible not to try. I’m so glad I did.

Written in poetry and telling the story of a family facing the execution of a loved one, it not only made me tear up but also want to give it to everyone I know.

There we have it, my top 12 of the year! Did any of your favourites make the list? Let me know in the comments below!